A fight the boxing world has been waiting for, a real 50/50 fight with two boxing greats.  Head lining at Madison Square Garden May 12th 2018 this is destined to be fight of the year.

Lomachenko is considered one of boxing greats, and unstoppable but Jorge Linares is a four weight world champion on a roll with recent defeats against Anthony Crolla, Luke Campbell and Gesta. Jorge is a special special fighter, powerful, the more natural at 134pounds and the more active boxer and without doubt a future hall of fame candidate.

This is a fight the boxing world has been waiting for and the world will be watching on Saturday.

We are very lucky at SW to be great friends with Jorge and the team, and will be travelling over to NY as part of the team, and to deliver Jorge custom made fight night ring wear.  Its a great privilege to design and make Jorge kit and he treats us with the upmost respect, taking us to USA on many fight nights. What a venue Madison Square Garden is, much like MGM in Las Vegas, many historic a fight night has taken place under the roof of The Garden. Another historic night is on the cards, and the night is filled with great fights also on the undercard including Irelands Mick Conlan, now training with Adam Booth and Josh Kelly.

Working with Jorge for a number of fights now he trust out judgement on fight wear, and we have got to know over time what we likes and dosen’t.  After the last two fights wear custom came Fightwear, we decided to go back to the traditional black and gold for such an epic night. 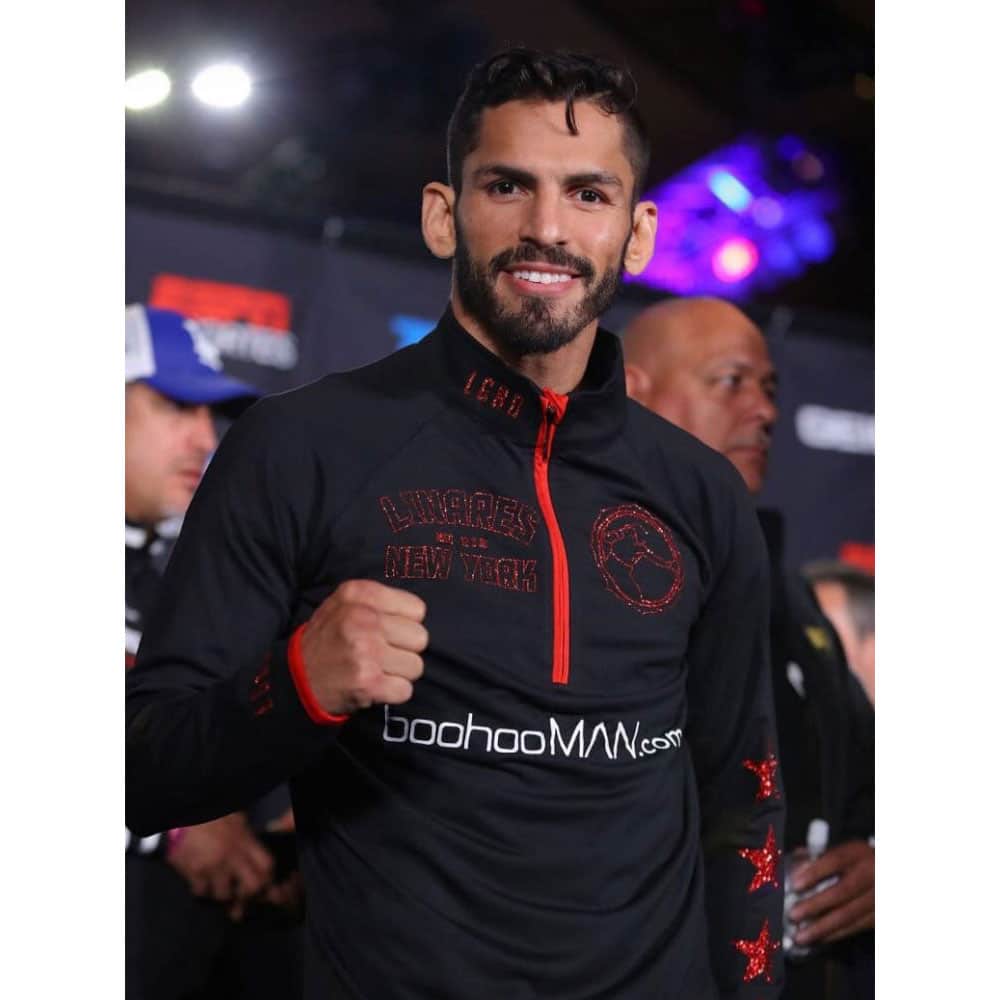 Now going by the name King Jorge Linares, we designed a military style jacket, adorned in thousands of Swarovski crystals and beatufuil hand sewn military buttons. It really is a work of art and we cannot wait to see Jorge walk to the ring in it.

The fight shorts are standard black faux leather, trimmed in gold with his name in the Venezuala flag on the back and now sponsored by BoohooMan on the front.

Why not check out our other custom made fight night kits for Jorge here.

Enjoy the fight everyone, an old fashioned trilogy may be on the cards here.